Allow me to introduce myself, my name is Albert and Music is my life. I started my musical career being a young man as public Relations manager for Music bars such as Chic Barcelona, Otto Zutz or Tunnel, which gave me the opportunity to feel confident with being on stage. I presented many parties and concerts as Master of Ceremonies and I made my mark within the musical atmosphere in Barcelona. It was at Tunnel where I was offered the opportunity to be lead speaker for the popular Sinatras Karaoke and co-direct the first official contest of karaoke’s in Barcelona.

It was at Sinatras Karaoke along four other Friends, where we created the musical band Four to one, with producer Pitu Soler who made us resident singers at the Golden Rock Café show, combining different versions of pop rock songs which made us famous in the city. The world of Music was my passion, and I’ve been on stage ever since.

As part of my musical career, I was speaker at a night magazine ‘La Matinada’ for Onda Rambla Radio, directed by Àlex Sálmon and by Radio Salut, where I was voice off for radio commercials.

As good as I was on live radio, my passion for Music kept growing and it was then when I decided to drop everything and open my own Musical Bar Graceland as a business man. That same year I had the opportunity to be a contestant for the Barcelona version of Got Talent show, singing cover versions for Elvis. Gestmusic and Krik music the musical production Company of the show took me to the finals and offered me the opportunity to tour on the road with a series of concerts all over Spain.

As part of my musical curriculum, after years working as a public relations, expert in protocol and institutional relations and after presenting and managing a lot of events; I am the official Master of Ceremonies for the UEFA Champions League, and Master of Ceremonies official (homologated) at F.C.Barcelona ceremonies.

Through the years, my voice matured and my style too, being more elegant and refined. I am now proudly a Crooner Singer, specialized in the great American classic songs and offering a fresh Music with Elvis’s voice, Sinatra’s songs and Buble’s style on stage. A different musical experience that will wow your senses! Discover my style, I won’t let you down. 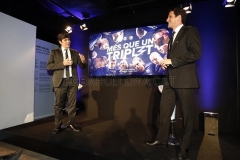 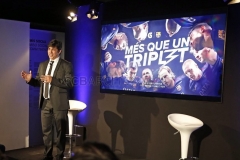 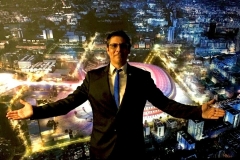 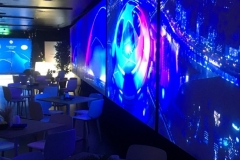 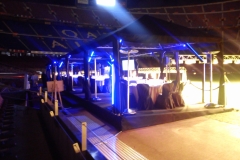 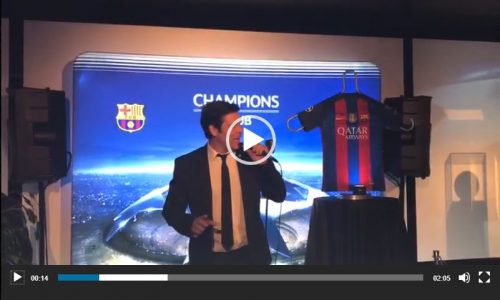